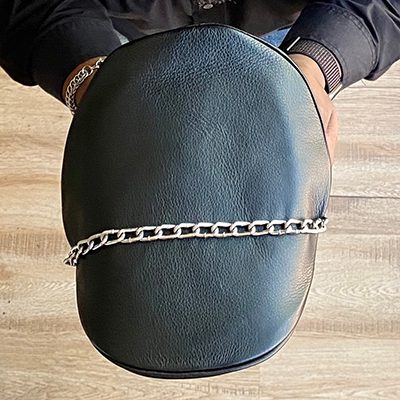 A Queer Transmasculine Master with a heart for service, SwitchyButch (he/him) is privileged to receive the service and surrender of his devoted slave and Owned property, boi Kaseem, and the tenacity and loyalty of his shieldmaiden of over 15 years, Itazura. He is brother to an incredible Leatherwoman, to his radiant and beloved Sunshine, and to the most amazing Leatherman he could ask for in a brother.

Finding sacred in the profane, SwitchyButch serves as Ordeal Master to those beloved to him, acting as alchemist and mirror so that they may see their own unspeakable power and beauty in shattered moments of utter destruction. Both a sadomasochist and a tireless learner, he particularly delights using his psychology education for nefarious purposes (Skinner boxes, anyone?) SwitchyButch revels the filthier things in life; has a penchant for sharp shit; and spends an abundance of time relishing in the finer pleasures this world has to offer, particularly cigars with good bourbon, boot worship, indulgent coffee service, and well-executed high protocol.

Before COVID changed everyone’s itinerary, SwitchyButch devoted much of his free time to serving and educating in his local kink and Leather community as well as at events across the US and abroad. He served as MAsT: Lexington, KY’s founding Co-Director, is a Charter Member as well as a former Officer and Club Bootblack for Leather Hearts Club in Lexington, KY, and is the Facilitator for DOLLs, a trans- and non-binary inclusive educational Leather group. He is proud to hold the title of Bluegrass Leather Bootblack 2016. 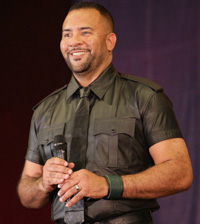 Timothy is approaching his 10th anniversary as a full member of The Tradesmen where he is currently the Pledge Master. Serving as an Officer seven of the eight years he has been a member, he has been honored twice as Tradesmen of the Year. He is currently the producer of the NC Leather Contest. In May he will assume the office as the newly elected Vice-President.

After the Tradesmen took over NC Leather contest, his Club brothers honored him by appointing him as Mr. NC Leather 2013. He went on to compete and earned the title of Mr. SELF 2015. At the request of the promoters, he carried the title for an additional year, so he was also Mr. SELF 2016.

In addition to the Tradesmen, Timothy volunteers at several organizations which serve our community. He is the Sign Language interpreter for R.A.I.N., where he has interpreted the program at the Charlotte AIDS Walk for the last 11 years. He has also been a serving member of the Sign Language Ministry for more than 20 years at his Church, Friendship Missionary Baptist Church.

After working for more 12 years as a bartender and a Manager, in August, 2019, Timothy became the new OWNER of The Woodshed Bar in Charlotte, NC. The Woodshed is the area's only Leather and Bear Bar. The space also includes a patio Bar, a fetish themed bar and a leather shop. Busy with the challenges of owning his own business, Timothy still travels the region, the country and sometimes the world enjoying his Leather Journey.

Timothy feels humbled and honored when asked to participate in events, especially those taking place in the South East region including SELF, The NC Leather Contest, and SC Pride in Leather.

Khalid El Bey (aka SelfLaw ONYX) is your Leatherman of Color(LoC) 2016. He is an alum of ONYX MidAtlantic and has been actively involved in the Leather community by volunteering his time from the start of his journey as well as serving in various positions within ONYX MidAtlantic and other local and regional organizations including DC Leather Pride and Brother Help Thyself Foundation. He now lives in Columbia, South Carolina
Khalid is a disabled veteran of the United States Navy and identifies as a sadomasochistic Bear and WolfPup with an abundance of kinks and fetishes. He has both presented and/or been a panelist for a number of leather/kink/bdsm/sex positive events in the MidAtlantic region and beyond. Khalid's favorite hash tags are #BearsDontSlayTheyMaul and #LoveTheSkinYoureIn. 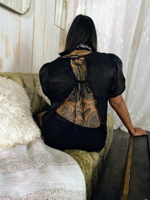 Kali Onyx (she/her) is a queer, kinky, polyam, sadomasochist, leather woman based in Atlanta, Georgia. She is an Onyx Pearls Southeast Alumni and has served on the Board of Atlanta's TNG group, Whippersnappers. Currently, she mentors with House of Noir and is co-founder and Organizer of Blood, Sweat, and Queers, a queer kink and leather social group. Her interests include service, power exchange, and sadomasochism. She is devoted to creating spaces that are welcoming to those who identify with otherness both in and out of the community.

J.Tebias Perry is a native of Atlanta, GA, and currently resides in London, UK, as well. He has been in and around leather since the early 2000's.

He is a proud member of the Southeast chapter of ONYX, a national leather and kink fraternity for gay and bisexual men of color - working in many capacities including as Road Captain 2013-2015.

J. Tebias' involvement with the Atlanta Leather community, and ONYX in particular, has helped him embrace his kinks. He is a confident, powerfully driven and honorable leatherman.

Competing at IML 2014, J. Tebias inspired the audience : "Don't be the problem, be the solution for a bigger and better leather community". This sentiment is still the motto he lives daily.

He believes it is the duty of the community to take care of it's own; especially the homeless or those lacking the proper access to food or clothing.

J. Tebias founded "Rainbow of Colors"; with his (late) best friend: Emmanuel Baldwin in 1994 in Texas. Rainbow of Colors mission was to assist local citizens with HIV/AIDS. One fundraising highlight was a weekly dance space at Eighth Street Bar and Cafe in San Antonio.

As Mr. Hideaway Leather 2014, J. Tebias supported charities focused on LGBT youth and professional counseling, such as Lost and Found Youth of Atlanta, with public auctions and fundraising events.

He has spearheaded several events, including packaging lunches and dinners with the Atlanta Food Bank of Atlanta. He also is the owner of the leather themed party "Bulge".

He loves extensive travel and exploring new cultures. He enjoys international cuisines and sampling new dishes. He flags left: orange, black and flannel grey. His Kink/Fetish activities include, but are not limited to: rope play, power exchange, mummification, spanking, whipping or flogging, choking, uniforms, ass-play and verbal and physical assault. He remains a grateful and service oriented Leatherman.

AJ, your International Community Bootblack 2019, continues to be of service to the Leather and BDSM communities in the Southeast region. AJ has been a part of the Florida Leather community since 2014 and fell in love with Bootblacking after seeing a steamy poolside scene. Learning through books, online resources, and the community at large, AJ took a chance and entered FLSb-FCBB and the rest is history! Since the Pandemic, AJ has shared the passion for Bootblacking on a smaller scale by mentoring new Bootblacks in a one-on-one setting. AJ has also supported events through volunteering and behind-the-scenes support for events such as UPRISE-Welcome to the Dawn, Virtual Bootblack Jam, Flame, and more. Being a baker of cakes, brownies, and cookies, AJ often flags lime green for food play along with Red, Grey, and Black but is always up for some shenanigans in the dungeon. Though he has a sweet tooth that rivals even the great Willy Wonka, AJ's first love is that of the most perfect food in the world: Tacos! 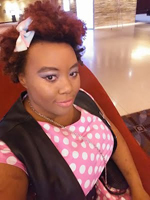 Coco is a little leather bootblack who's been an active member of the community for about thirteen years and has earned the title of Southeast Bootblack 2017. Coco considers bootblacking, ageplay, and emotional masochism to be her top three passions and has utilized these passions as tools to serve her community. She truly enjoys being able to provide leather care and education to those who need it. Beyond all of that, she is a glitter addicted, rope loving, cigar smoking, overall fun little girl. 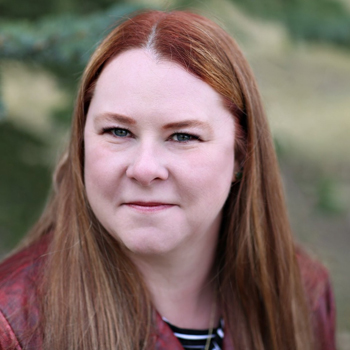 Lee, gifted with the name Kitty by her friends and family, came out in the South in the men's leather community back in the early 90's. She has worked on national boards, loves bootblacking, finding mischief, and enjoying each day to the fullest. She believes there is passion and freedom in learning and that there is more to learn every day. With that knowledge comes the responsibility to pass it on to others and to work hard to improve the world around. 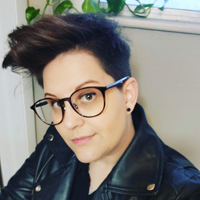 Captain Lyte is a non-binary genderqueer Leatherperson from Jacksonville, Florida. They have been in the kink and Leather lifestyles for almost five years.

As a little bunny, Captain Lyte is collared by their Daddy of two and a half years. Their passion in helping their community lies in empowering bottoms in their role. Named Secretary of Pegasus Leather and Levi Club, they help create an inclusive space in Leather for non-binary and transgender people.

As a published poet they write to bring light to the intimacy and passion in our world for those outside to see. 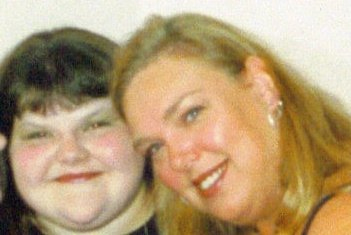 Chrissie and Melissa met about 15 years ago, and it's been an adventure in friendship ever since! Starting through the local kink communities in North Carolina, both were education coordinators for their local groups in Charlotte and Greensboro. Fantasm brought them south to the Atlanta region assisting with the Kink Track and confirming their roles as the girls on the go. The establishment of Frolicon happened around 2005, where both got their feet wet in directing a large-scale event. Chrissie has been with the convention for nine years now. Melissa took a break but has finally come back into the fold. They love to shop, be silly, and find trouble wherever they can of the kinky or non-kinky variety. (Warning: Do not get into a glass elevator with them!)

boy andy is a born and raised southern boy from Charlotte NC. He discovered kink in SC in his 20s and has been pursuing it ever since.

boy andy is many things, a boy, a slave, a puppy, a little, and a bootblack. He is a proud member of the Tarheel Leather Club where he currently holds the post of scribe. He is a former titleholder having proudly held the titles of SELF Bootblack 2008, SC Leather it 2011-2016, and SELF boy 2012. He has taught, bootblacked, and volunteered at events all over the southeast and beyond.

He loves all things sharp, pointy, and bloody. And there's nothing he likes more than a good mental mindfuck. Except maybe his stuffie collection. His husband likes to complain that there's no room in the bed because of all of andy's stuffed animals. andy loves making new friends so always remember to say hi! Thank you to the volunteers who support SELF!