Paula Smith, a SELF titleholder from the 90's, was our 20th Anniverisary keynote speaker. 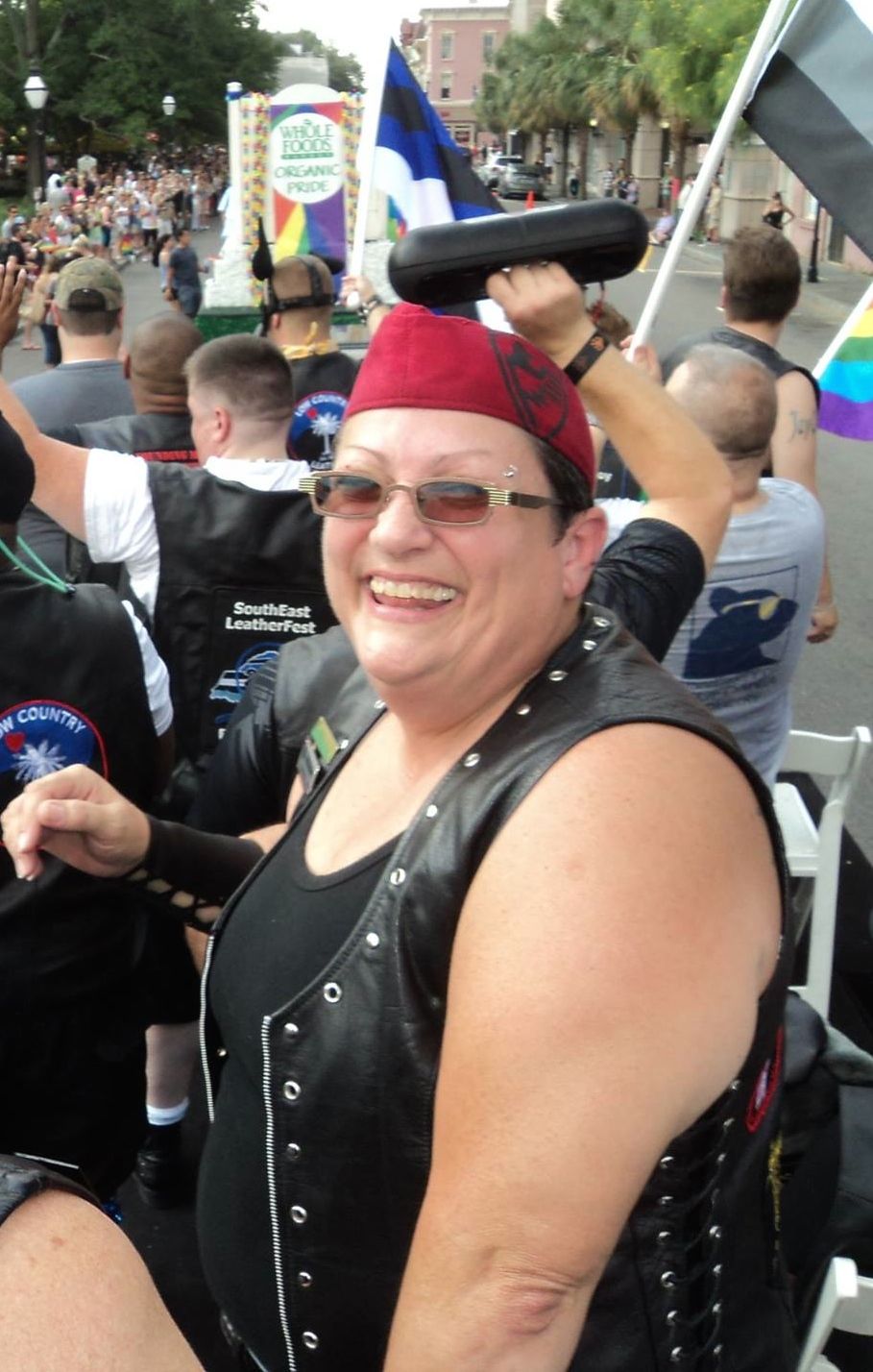 For nearly two decades, Paula has been active in the leather clubs and kink community. These days she lives in Charleston, SC and is an out and proud leatherdyke. She also is fiance to Janice, Sir to boy elena, mother to her two daughters, grandmother to her 13-year-old granddaughter and has become chosen mother to more people in the leather community than she can count. She is an activist not only in the leather community but fighting for women’s rights and has been a trailblazer in our community as well as being out and honest as a reforming addict that lives life on life’s terms. From indulging in kink online in the mid 1990’s to attending early BDSM conferences and eventually planting deep roots in the gay male levi/leather clubs, Paula has held a number of roles and offices and found a deep passion and love for the leather community. She has been accepted as one of the guys for as long as she can recall and with their guidance, has been fortunate to have felt that she was able to evolve into the leather person that she is today. Her first attempt at titleholding came in 1998 as she competed for and won the title of Ms. Southern Coastal States Leather. From there she went on to win SouthEast LeatherFest’s Ms. Leather Pride 1999 and American Leatherwoman 2000. She has continued to work in the titleholder circuit for the past seventeen years.

These days, her passion has come full circle as she has returned to working with levi/leather clubs and mentoring the next generation of leathermen and leatherwomen.  She presently is co-founder and president of LowCountry Leather, Charleston, SC. In addition, she co-founded Coastal Allegiance to Wisdom and Service (CLAWS), Myrtle Beach in 2000. She was fortunate to be the first female officer of Southeast Conference of Clubs in 1999 and holds associate membership to a long list of clubs across the U.S. Paula created and organizes the Annual Leatherwomen’s Dinner held in Chicago, IL during the American Brotherhood Weekend, which has grown exponentially in two years. She also promotes sober living and has helped to organize and conduct AA meetings at leather events. Add to the mix that she emcees events, teaches classes whenever possible, writes on a regular basis and attempts to promote positive and healthy living.  She is proud to have been the recipient of the Pantheon of Leather Readers Choice Award Woman 2000, Southeast Regional Award 2000, North Carolina Leather Continuous Service Award 2002 , Mr. Marcus Spirit Award 2013, and most recently, the Southeast Community Leatherwoman Award 2015. At the end of the day………. she really is just a kinky bitch who likes to have fun.